GhostHunter started as an offshoot of the GreenHomeGames NSF grant, where we were exploring ways to augment traditional heating and cooling systems controls (such as the thermostats) in homes to help families learn about their energy footprint.

The idea was simple, look for ways to way energy use more "visible". We were also looking to build upon Mike's prior work on Cultural Forms and tangible interaction design to help narrow down the design space.

From our prior research, we knew that phantom energy draw was something that many families were unaware of. The same was true of relative energy consumption between appliances, i.e. most people had very little idea of the differences in energy consumption (the huge difference between a microwave vs. a fan, and how it scales with the total time of use).

In order to be able to draw attention to vampire energy draw, and also get a semi-accurate measure of relative energy consumption between various appliances, I thought of using an EMF detector. Discussing this with Mike led to the idea of turning this into a shared family activity (similar to a scavenger hunt), where parents and kids would try to build an energy profile of their home.

I made a custom circuit that integrated a EMF sensor, a speaker,  a vibration motor, and a IO-board that was connected to an Android Tablet. I wrote an Android app that visualized the EMF readings picked up by the sensor. A family using this app could go around their home and collect "energy ghosts" (i.e. as they found something that used electricity).

We tested this system with many families in the Chicago area, and were very pleasantly surprised by how much the families enjoyed the activity. Many parents used that as an opportunity to teach their kids a little more about their household's energy consumption :).

Excerpt from the  paper published at TEI'14:

Helping families identify and reduce energy consumption in homes is a central goal of sustainable interaction design [8, 4, 10]. In this paper we present the design and evaluation of Ghost Hunters, a novel interactive system designed to engage parents and children in informal learning activities in which they seek out hidden sources of energy consumption in their homes. Our system combines an electro-magnetic field (EMF) detector with a mobile tablet computer. Bringing the Ghost Hunter device within range of an electrical current activates the detector. Families then use an app on the tablet computer to keep track of the energy consumption sources that they have discovered so far (Figures 1, 3, 4). For example, bringing the device within a few inches of a microwave oven on standby will make it vibrate and beep. However, the same microwave heating up food will activate our system from several feet away.

Our motivation for this undertaking is grounded in the assumption that it is important to involve kids in thinking about energy consumption at an early age—as children are the next generation of adults who will face increasingly difficult challenges related to energy, the environment, and climate change. More than this, however, we make the assumption that through interactions with other family members, children have a meaningful role to play in helping their families move toward more sustainable ways of living. 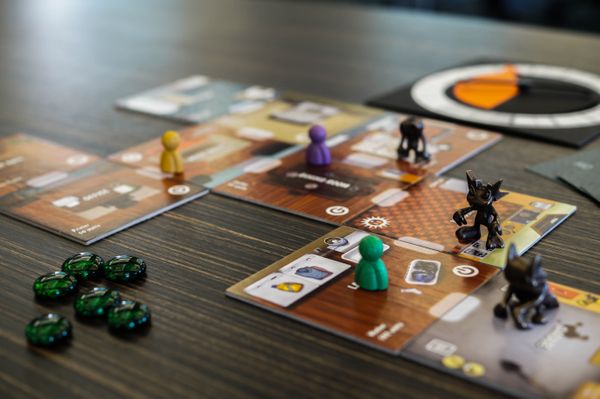 When I started working at the TIDAL Lab in 2012, a project that investigated family practices around appliances and household energy usage was already in place (NSF grant). Over the 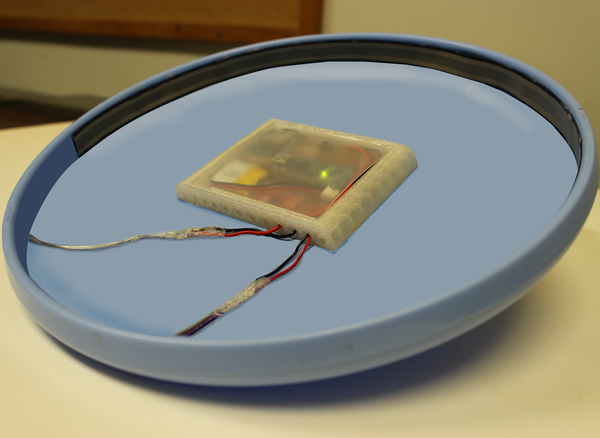 We added various actuators, sensors, and a micro-controller to a frisbee that could be used to give throw feedback to an ultimate frisbee player. left: exploded view of circuit components,