Went to Japan in Nov. 2011 to present a paper at ITS. Officially work, unofficially a tour of Japan. Japan knocked it out of the park on all of the following: the food, the sights, and the people.

From my room at the Stargate Hotel. In a tiny place, Rinku-Town, just one train-stop from Osaka (Kansai Int.) airport. The train journey took 10 minutes; finding the way to the hotel took half-an-hour. Most of that involved vigorous gesturing and making odd sounds trying to communicate with a cab driver. He kept pointing upwards, I should have guessed, Stargate had to be the highest building in this small town.

There was a direct connection from the railway station to the hotel, definitely felt foolish for the previous night’s bungling about trying to find the hotel. The green sign, is the Japanese sign for Exit. Similar figures are used at traffic lights for pedestrians. Gives you a sense of the Japanese being fast movers.

I had to spend an hour on Google Maps trying to figure out the trains. Note, Google Maps in Japan is quite inaffective since Google decided that once I am in Japan, I now can magically read Japanese. This implied constantly switching between Maps and Google Translate. More travel strategies, courtesy a friend, later.

Japan has two major railroad companies, JR (Japan Railways) and Nankai. I took the Nankai to Kobe with a changeover in between. Takes about an hour and forty minutes.

Sannomiya Station, yup, this is Kobe. My hotel was a 10 minute walk from here.

The location for the banquet was quite fantastic. It was a curious mix of a botanical garden and a bird park, I say curious, since the only birds there, were owls; lots of them.

The dinner table had these square 'cups’. Came to know later that this was to be used to drink Sake. In fact, the conference chair personally doled out Sake from a smallish barrel he was toting.

Woot. As I found out later, owls are venerated birds in Japan. There are apparently 12 indigenous species of owls. Also,  Japanese for ‘owl’ is ‘fukurou’, which means ‘no hardship’ or ‘no trouble’.

Since I was done with my presentation on Day 1, I was able to get some time to travel around; Kyoto, was my destination.

Subway map. From Kyoto, I went to Karasuma Oike (K08) and then changed routes to Uzumasa Tenjingawa (T17). I cite the numbers because the subway announcements actually quote them. It’s easier to distinguish the number within the flurry of Japanese accent'ed English from the PA system on the train.

Outside the Uzumasa Tenjingawa subway station. Google Maps and Google Translate told me to board the Thunder Electric ?? This is where the expert tip from a Japanese friend who said that most Japanese can read English, even if they can’t speak/understand, came in handy. The iPad too was godsent, showed a couple of people this “Thunder Electric” stuff and they pointed me towards a tram station. By the way, “Ramden” was the name of the tramway corporation, perhaps it does translate to Thunder Electric.

Japanese mafia boss; or so I presume. Had an air of importance, some of it lent by the guy carrying the umbrella

From Kinkaku-ji, I headed towards Koryu-ji. Koryu-ji is really old, how does 603 sound to you?

Inside the temple compound. Time for some history lessons, mainly gleaned from trawling Wikipedia before deciding to visit this place.  Built in 603 by Hata no Kawakatsu. This Kawakatsu may have been a Chinese immigrant, hence forming the link to Shingon Buddhism. Shingon translates to “true words” in Japanese.

Then there was a museum as well. While photography on/from the inside was not allowed, one could catch a glimpse from the outside. Very impressive stuff inside, including 3 gigantic Buddha statues exquisitely carved in wood, in one, Buddha had multiple heads with each head sprouting more. Another one showed Buddha having multiple hands, in fact, more than 15. I am used to gods having multiple hands, but this seemed quite odd for Buddha. Naturally there were 40 or more of these scary looking fellows surrounding the main statues. Note, everything’s carved out of tree trunks.

By now, it was almost sunset time, and I had to make my way back to Kobe.

I was very lucky to have made a friend at the conference, Akifumi. He was studying in Tokyo and was really kind to show me around Kobe.

Akifumi rented a car to drive us up a nearby hill (umm near as in 21 kms, so not so near). The hill is a very famous lookout spot, because one can also see the whole of  Osaka from there. The name of the hill (Kikusei des) translates to “Catch the stars”. It’s obvious why.

Finally, while I didn’t take too many photos of food, food in Japan is exemplary. This is my breakfast at the Tokyo airport. Flew out from Tokyo after a few hours. 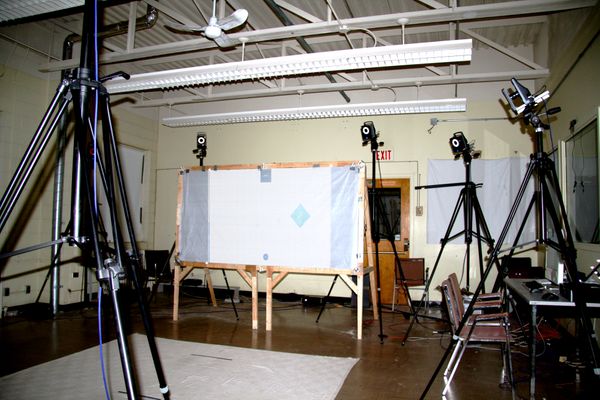 Part-I of my Master's thesis (Remote Multitouch: In-Air Pointing Techniques for Large Display Interactions) where we were looking at how well in-air gestures can work for data manipulation tasks on 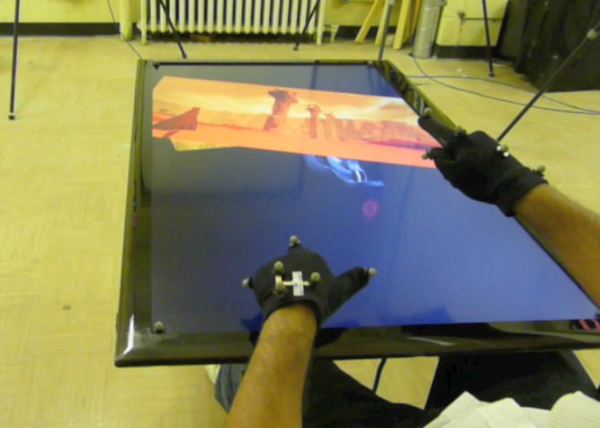 Part-II of my Master's thesis (Remote Multitouch: In-Air Pointing Techniques for Large Display Interactions) where we were looking at how well in-air gestures can work for data manipulation tasks on